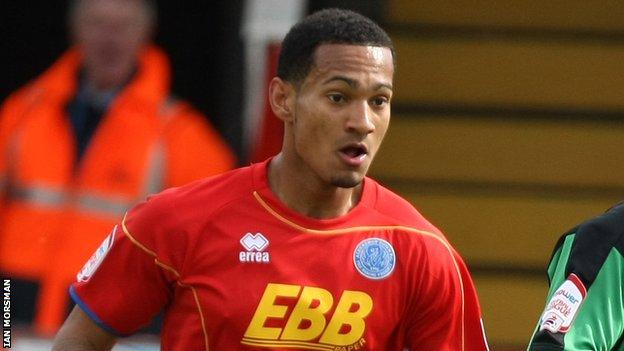 Roberts is set to play seven matches during his month's stay, which will end on 9 February, starting with Saturday's FA Trophy tie at Gainsborough.

The arrival of 19-year-old Watford-born Roberts on a youth loan is the first of several expected signings by Lambs boss Marcus Law during the January window.

Roberts made his Aldershot debut in February, when he came off the bench in their 4-1 win over Barnet.