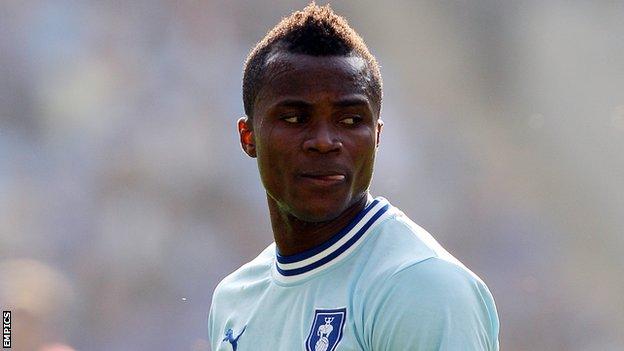 Crystal Palace have signed Manchester City forward Alex Nimely on loan until the end of the season.

The Liberia-born 21-year-old, who has made two appearances for City, had spells at Middlesbrough and Coventry last season.

His philosophy is great as he wants to play good football

Eagles manager Ian Holloway told the club website: "I've admired him for a couple of years. I like his movement, skill and his tenacity.

"I want him to play for us and get some goals and hopefully he'll do that."

The England Under-20 international has featured five times for City's Under-21 side this season.

"I've played against Blackpool and Crystal Palace a couple of times so I think the manager has been watching me for a long time," Nimely said.

"When he gave me the call to come here I was very happy to.

"His philosophy is great as he wants to play good football and help the young players improve."