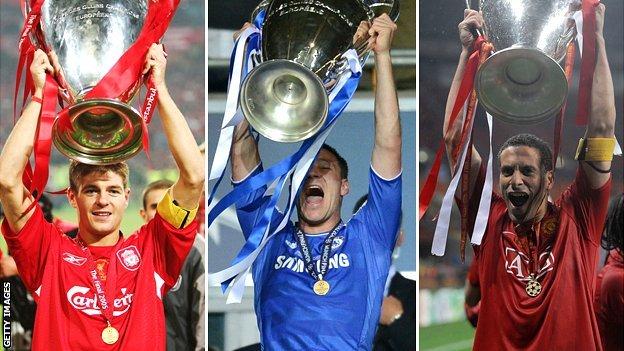 Daniel Sturridge's timing was as bold as his words when he played very publicly to the Liverpool gallery after completing his £12m move from Chelsea.

Sturridge ticked the traditional PR boxes demanded from every fresh arrival with lavish praise for supporters and his new manager - then delivered a verbal hand grenade that always touches the sensitivities of any supporter.

Manager Brendan Rodgers's showpiece January signing, who is in line to face league leaders and record 19-time champions Manchester United at Old Trafford on Sunday, said: "In the Premier League, there is no bigger club than Liverpool."

The 23-year-old may find around 70,000 inhabitants of Old Trafford taking issue with him this weekend if things do not go Liverpool's way.

Sturridge's message was understandably embraced by Liverpool supporters but loses some of its weight given the club have yet to win the Premier League, and have not claimed a league title in any guise since 1990.

There is no question, however, that size matters to football clubs as well as their fans and it has been proved again very recently.

Manchester United manager Sir Alex Ferguson, in the middle of an attack on Alan Pardew after the Newcastle United manager questioned Ferguson's behaviour towards referee Mike Dean at Old Trafford recently, said: "I'm the manager of the most famous club in the world. I'm not at Newcastle, a wee club in the north east. That's simply the facts of life."

The words hurt on Tyneside and may be reflected in Ferguson's welcome next time he is at St James' Park.

And over the holiday period Chelsea's interim boss Rafael Benitez visited the only place where he will arguably receive an icier reception than on supposedly friendly territory at Stamford Bridge when he went back to Everton.

The former Liverpool manager is still remembered - although reviled may be a more accurate description - at Goodison Park for calling Everton a "smaller club" following a 0-0 draw at Anfield in 2007.

In terms of recent Premier League success, Ferguson's United have a cast-iron counter to Sturridge's words - but Liverpool's followers will attempt to frame the argument in a wider context than 19 titles against 18 and introduce their still superior record of being five times champions of Europe as opposed to United's three.

As for Ferguson's comments about Newcastle, he later attempted to put them into the perspective of the Magpies' failure to win silverware since their Inter Cities Fairs Cup triumph in 1969, implying the Scot believes it is what is in a club's trophy cabinet that constitutes the most accurate measure of size.

Manchester City are now widely accepted to be the richest club in the world, thanks to the seemingly limitless riches of their Abu Dhabi owners - but the work at the Etihad Stadium is in its relative infancy even though they are current Premier League champions. In terms of their impact around the globe, they still lag behind other English clubs, including United, Liverpool, Chelsea and Arsenal.

As popular as it is, the argument about which is the biggest club will never be settled, especially between the two adversaries meeting at Old Trafford on Sunday, as so many different gauges will be used by different sets of supporters - usually to suit their own case. 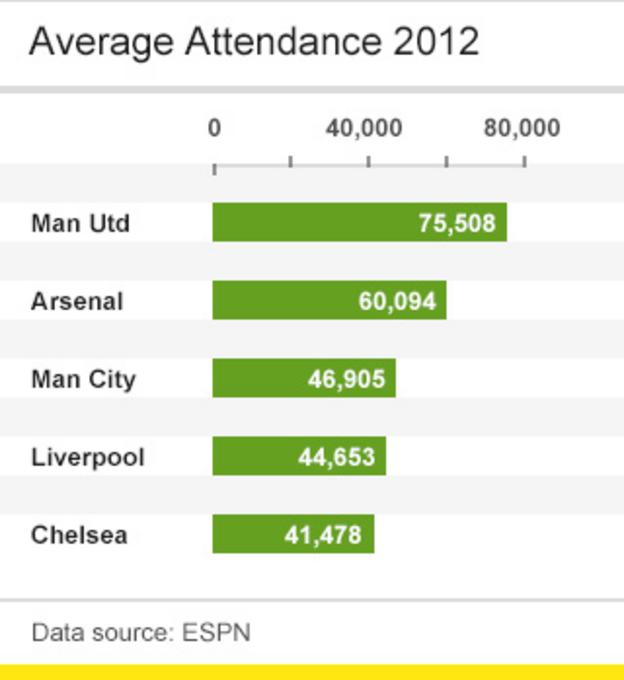 So is 'size' based on success on the field, the financial value of a club or its global reach?

If it's financial value, then according to the Forbes Magazine rich list published in April 2012, Manchester United remain on top with an estimated club value of almost £1.4bn, ahead of Real Madrid then Barcelona.

Arsenal were the next highest-placed Premier League club, in fourth place with a projected value of £807m, while Chelsea were seventh on £473m and Liverpool eighth on £385m.

On the other hand, the Deloitte league table of the world's richest clubs, published in February 2012, put Real Madrid top for the seventh straight year. Barcelona were second and United only third. Arsenal and Chelsea took up fifth and sixth places while Liverpool came in ninth.

In a report compiled by German company SPORT+MARKT in May 2011, Manchester United were deemed to have the biggest global number of fans at 354 million, ahead of Barcelona on 270 million. Chelsea were the next English club on 135 million, while Arsenal had 113 million.

Liverpool - only according to this set of figures, it should be stressed - were in seventh place with an estimated 71 million global supporters.

This will come as a surprise to those of us who have accompanied Liverpool to foreign parts and witnessed first-hand the sheer scale of worldwide support - and fanatical devotion - inspired by the Merseyside club.

Social media can also be used to check the scale of a club's size in the modern age, although Manchester United's lack of an official Twitter feed rules them out of that particular calculation.

Barcelona have almost 7.8 million Twitter followers while Read Madrid clock in at 6.5 million. Arsenal have more than two million, a little over 200,000 more than Chelsea.

Liverpool have 1.4 million followers on their official Twitter feed but this figure is somewhat deceptive as they are now illustrating their worldwide appeal by having separate feeds for Indonesia, Thailand, India, France Spain - as well as in Arabic.

Averages attendances always catch the eye but Liverpool can rightly dismiss this line of argument as they are currently restricted by Anfield's limited capacity, which made their 2012 figure 44,653. 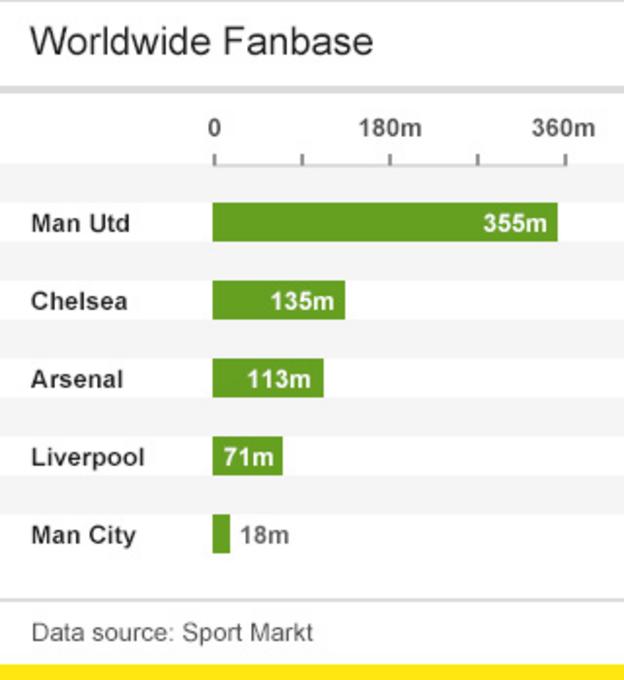 It is obvious to even the most partisan observer that Liverpool could increase the figure to a significantly higher figure if they had the stadium to do so, hence plans to extend Anfield's capacity from 45,276 to 60,000. This a project the club hope to start in 2014.

United's Old Trafford average was 75,508, while at the Emirates Arsenal averaged 60,094 supporters - this alone demonstrates the financial handicap Liverpool remain under after plans for a new stadium failed.

But even if Liverpool will feel confident about filling a new-look Anfield, United have power to add at Old Trafford and would have no trouble increasing the size of their average attendance should they so wish.

Despite Liverpool's extended run without a league title, the Reds' cup successes, especially winning the FA Cup, Uefa Cup and League Cup under Gerard Houllier in 2001 and that never-to-be-forgotten Champions League success in Istanbul in 2005, have sustained them.

Manchester United, however, have an unbreakable case to be the Premier League's current biggest club, based on global figures and success measured over the past 20 years. It is beyond dispute when viewed by the impartial.

Do not expect Liverpool's supporters to agree any time soon, however, as they jealously guard their rich history while hoping to end that long, long wait for a title they almost used to regard as their personal property.

No club or their supporters will easily, if ever, admit they are second best. As Arsenal manager Arsene Wenger once famously said: "Everyone thinks they have the prettiest wife at home."