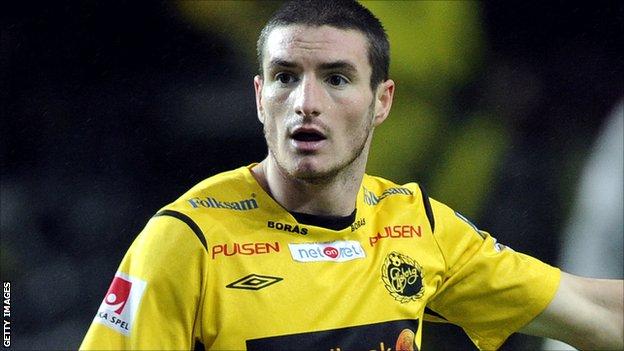 James Keene has re-signed for Portsmouth on a one-month loan deal from Swedish side Elfsborg.

The 27-year-old striker came through the ranks at Fratton Park and made his debut in a Premier League draw with Bolton in May 2005.

He played just once more for the Blues and, following loan spells with Bournemouth, Boston and GAIS, was allowed to join Elfsborg in 2007.

"It's great to be back - it's nice to come home," he told the club website.

Earlier this week Portsmouth announced that five senior players would be leaving the club as part of cost-cutting measures.

The club have been in administration since February 2012 and are said to be £61 million in debt.