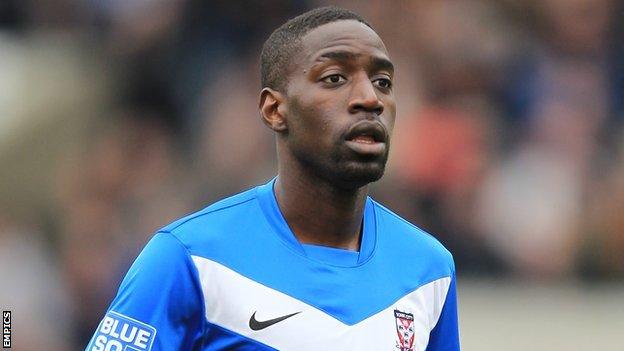 Moke, 22, arrived at the Abbey only six months ago but was unable to establish himself in their team.

But the Portuguese has spent the last two months on loan at Tamworth, where he has made nine league appearances.

"We've taken an empathetic view with both of them in that they're not going to take part in the rest of our season and we've mutually agreed to cancel their contracts so they are available to go and find themselves a club," U's boss Richard Money told BBC Radio Cambridgeshire.