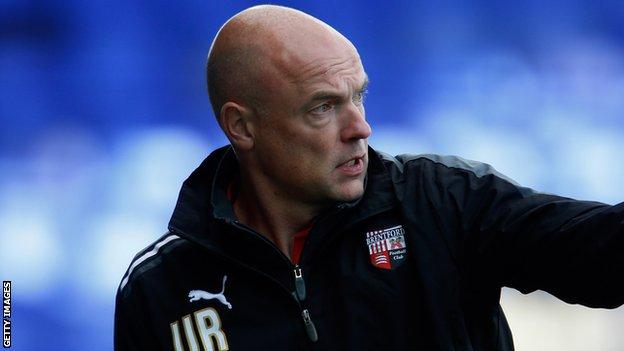 Brentford manager Uwe Rosler has signed a two-year extension to his contract, which will keep him at Griffin Park until the summer of 2015.

The 44-year-old, who began his managerial career in Norway, joined the League One club in June 2011.

The German told the club website: "There has been a lot of progress made in the past 18 months.

"I can see commitment from the owner and the board of directors to take the club where we want to take it."

Last season the former Manchester City and Southampton striker led the Bees to a ninth-place finish in League One.

This term they currently sit fourth in the table, only four points behind leaders Tranmere, and have reached the third round of the FA Cup.

Rosler, who managed Norwegian sides Lillestrom, Viking and Molde before joining the Bees, was recently linked with the managerial vacancy at Championship club Barnsley.

However, he said it was a "no-brainer" for him to stay in west London and be part of Brentford's "exciting future".

He added: "I have seen commitment from sporting director Mark Warburton and from backroom staff, who have been approached to move to Championship clubs and who have opted to stay with us, and from players who are signing new contracts."

"Uwe has now been able to shape his squad to reflect the type of football he wants to see played and this season, particularly, we can all see the impact that Uwe and his backroom staff have made," he said.

"It is a pleasure to work with Uwe whom, not only has a first-class understanding of the game of football, but also understands the business of football and the long term plans and ambitions of the owner and the board.

"This is further very positive news and it is an exciting time to be a Bees supporter."