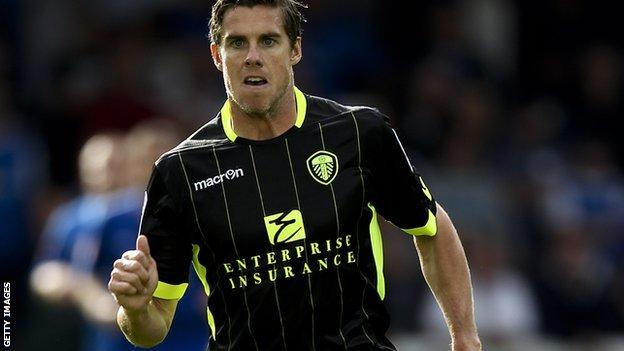 The 35-year-old will join the League Two side for free once the formalities are completed on the cancellation of his deal with the Championship side.

Gray played 10 times for Leeds this season, scoring once.

He played twice in the club's run to the Capital One Cup quarter-finals so is ineligible for the second leg of the Bantams' semi-final with Aston Villa.

"We've tried to sign him before in the summer, and we're really pleased we have him here now.

"It will be good for the lads to see a fresh face around the training ground. Andy will bring a lot to the squad and help support the current strikers we have here already."

Gray, who joined Leeds from Barnsley in the summer, previously played for Bradford between August 2002 and February 2004.