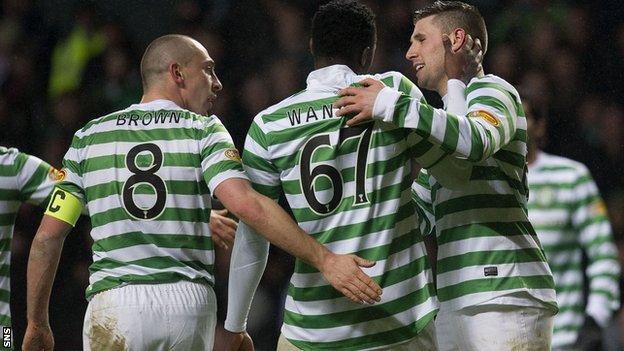 Celtic have agreed a new three-year shirt sponsorship with Magners, starting from the 2013/14 season.

Dublin-based C&C Group make the drink and also own Tennent's who have been the club's sponsor since 2010.

Chief executive Peter Lawwell would not divulge financial details of the arrangement but said the new deal represented an increase in funding.

The Tennent's deal was reported to be worth up to £1.5m a year for the Scottish champions.

"This partnership is magnificent news, not only for Celtic but also for Scottish football," said Lawwell.

"We are proud to be successfully leading Scottish football at home and in Europe."