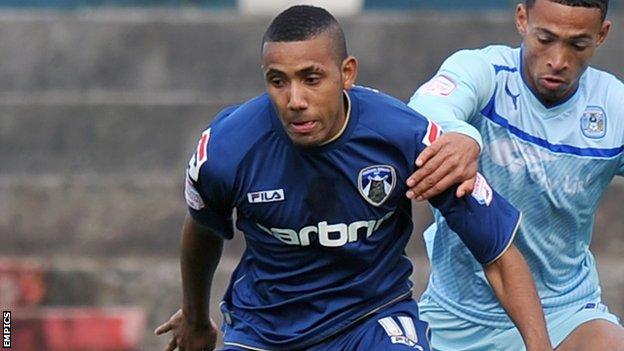 Oldham Athletic winger Cristian Montano has been ruled out for up to two months after tearing his thigh muscle.

The 21-year-old was taken off after just 25 minutes in the New Year's Day draw with Scunthorpe.

The Colombian-born winger moved to Boundary Park from West Ham in the summer and has scored twice in his 28 appearances this season.