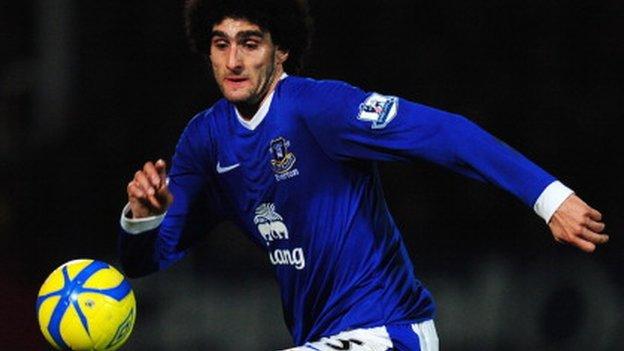 Everton midfielder Marouane Fellaini has a buyout clause in his contract that could lead to him leaving the Goodison Park club.

The club has refused to comment on reports that the midfielder has a £22m release clause in his contract.

However, there is a fee that could trigger a deal - but it is believed to be higher than £22m.

The 25-year-old Belgian has been linked with a move to Chelsea and Manchester United.

He has emerged as a central figure in Everton's impressive season, scoring nine goals to date,

The £15m signing from Standard Liege extended his contract in November 2011, signing a five-year deal to keep him at Goodison Park until the summer of 2016.