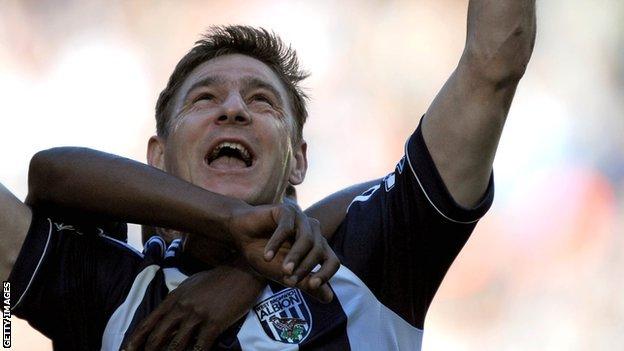 Zoltan Gera will miss the rest of the season after West Brom announced their midfielder will be sidelined for at least six months with an injured knee.

The 33-year-old Hungarian ruptured the anterior cruciate ligament in his left knee against QPR on Saturday.

Gera, scorer of four goals in West Brom's promising start to the season, will undergo surgery next week.

Albion boss Steve Clarke said: "I'm devastated for Zoltan. I want to thank him for his contribution this season."

The usual recuperation period for the injury is between six to nine months, which means the playmaker will return for the start of next season at the earliest.

Gera battled back to fitness from a knee injury sustained in November 2011 in time for the start of this season.

"He'll now get our full support during the rehab process," added Clarke.

"Zoltan has already proven he can come back from this injury once and produce at the highest level and I have no doubts he will do so again."