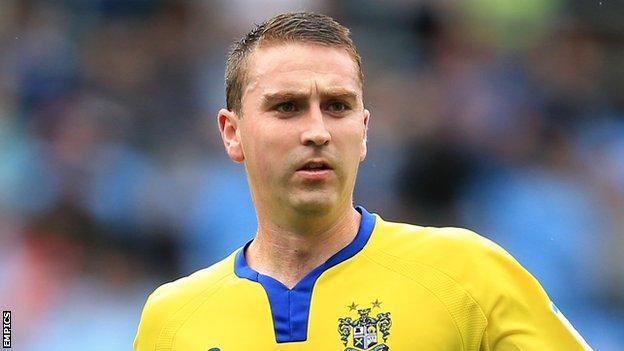 AFC Wimbledon have completed the signing of Bury midfielder Peter Sweeney on a free transfer.

The 28-year-old scored five goals in 95 appearances for the Shakers after joining from Grimsby in August 2010.

"We were looking at signing him in November on loan, but we had a lot of players on loan then," Dons boss Neal Ardley told the club website.

"We have kept tabs on him since then and Bury manager Kevin Blackwell has been a big help in making this happen."

Sweeney began his career at Millwall, and has also had spells at Stoke and Leeds.

Ardley added: "He is an experienced central midfielder with a wonderful left foot."