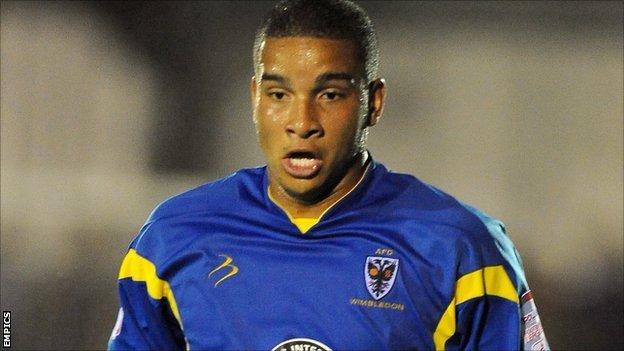 The 20-year-old joined Gateshead from League Two side AFC Wimbledon in the summer and played in the first 10 games of the season.

But he was sent off at Woking in September and has and has only made a handful of starts since then.

Bush, who can also play at centre-half, will wear Lincoln's number three shirt.

The former Brentford trainee is likely to be a direct replacement for John Nutter, who has joined Woking.