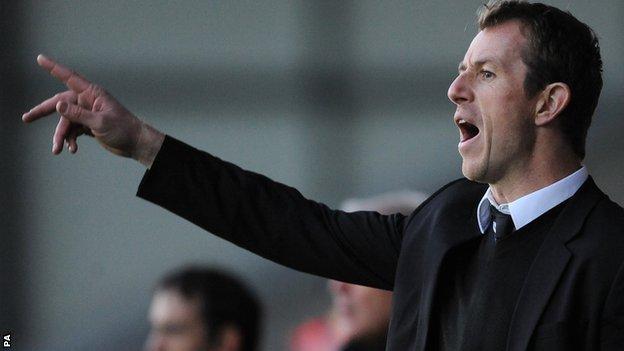 Burton Albion manager Gary Rowett has said he needs to add to his squad if they are to maintain their League Two promotion challenge.

The Brewers are 10th in the table, just one point outside the play-offs.

But Rowett is worried about squad depth and they only had four fit defenders for Saturday's FA Cup defeat against Championship side Leicester City.

"I am hopeful that we will be bring in a couple of new faces this week," Rowett told BBC Radio Derby.

"We are a bit light on bodies and we are looking to strengthen."

Long-serving full-back Andy Corbett as allowed to join Hereford United on loan at the start of the transfer window and striker Justin Richards has joined Oxford United.