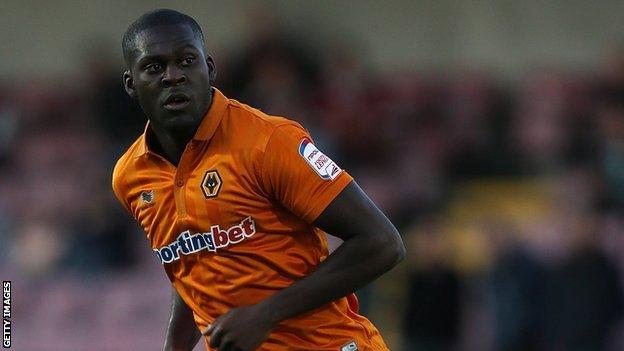 Ipswich Town have signed striker Frank Nouble from Wolves for an undisclosed fee on an 18-month contract.

The 21-year-old moved to Molineux from West Ham in the summer but only made one start and four substitute appearances for Wolves, scoring once.

His last senior game was a four-minute cameo off the bench in a 4-1 win at Bristol City on 1 December.

Nouble is the third striker to join Ipswich this month after loan arrivals of Aaron McLean and David McGoldrick.

The former England Under-19 international began his career at Chelsea before West Ham signed him in 2009.

His time at Upton Park was spent mainly out on loan at West Brom, Swindon, Swansea, Barnsley, Charlton and Gillingham.

He had his most consistent run of first-team football to date at the Gills, scoring five goals from 13 League Two games.