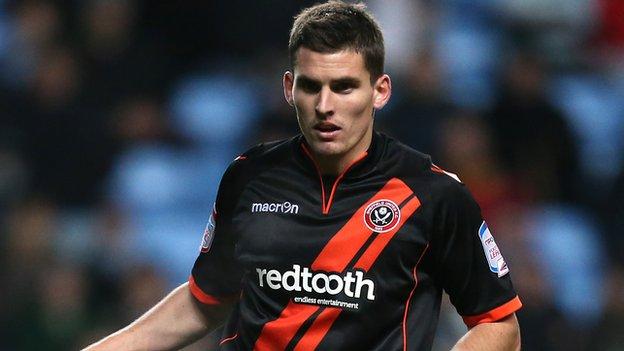 The 24-year-old Irishman returns to the Meadow having spent three months on loan with Graham Turner's men last season, ending up on the losing side just three times in 15 appearances.

"Although he didn't get any goals in his loan spell, he's capable of striking a good ball as we know from the opening game of the season, when he scored Sheffield United's only goal of the game against us.

"It's just over a week ago that Sheffield United accepted a bid for David, so obviously we're pleased to have concluded the deal.

"Initially it was a surprise that they would sell him as he's figured in a lot of their games, but I think the fact that he has been here and knows all about us, knows the professional attitude and the work ethic here helped in his decision to join us."

Shrewsbury are 17th in League One - seven points clear of trouble - after extending their unbeaten run to seven games with Saturday's goalless draw at relegation-threatened Scunthorpe.