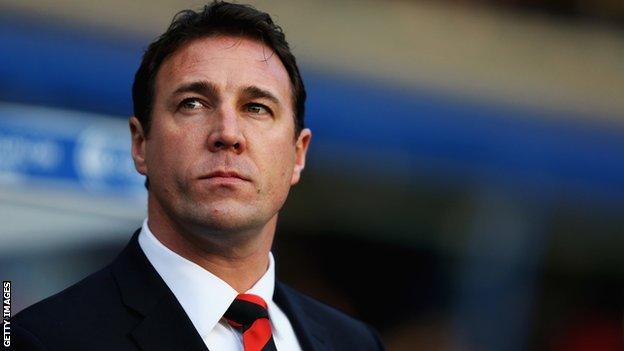 Cardiff City boss Malky Mackay has insisted a Scottish manager would be qualified enough to take full-time control of the Scotland national team.

The role is currently held by Under-21 coach Billy Stark, on an interim basis, since the sacking of Craig Levein.

However, despite ruling himself out of the running, Mackay insists a fellow Scot should be given the job.

"I don't believe he must be a Scot, but, at the moment, I believe the next manager should be a Scot," said Mackay.

"You've seen the list of candidates that we've got and I think there's enough talent there to choose from so our game can thrive."

However, when asked who he would like to see getting the job, Mackay would only answer 'a Scot'.

"There's a good list of candidates there," he continued.

"I think we'll get a Scot who's got a good handle on Scottish football in to do the job and, with a bit of luck, improve the Scottish team.

"I think Craig was unfortunate. He was putting a good structure in place but was unfortunate that, at times, he didn't have his best players available."

Former defender Mackay, who won five caps for his country, is currently in charge of Championship leaders Cardiff but revealed he would not rule out becoming Scotland boss later in his career.

"I'm very passionate about my country," he said. "It's something I'm very open to, coaching and managing up here."