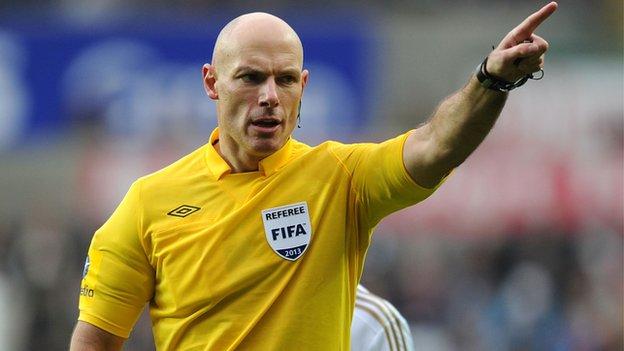 The 2010 World Cup final official has not taken charge of the fiery fixture since an FA Cup tie two years ago.

In that game, which Liverpool lost 1-0 at Old Trafford, Webb controversially awarded a penalty against the visitors and sent off skipper Steven Gerrard.

Their then winger Ryan Babel was fined after posting a mocked-up picture of Webb wearing a United shirt on Twitter.

Webb made history in 2010 when he became the first man to officiate the final of both the Champions League and the World Cup in the same year.

The 41-year-old has refereed every season in the Premier League since his introduction to the top flight in 2003.