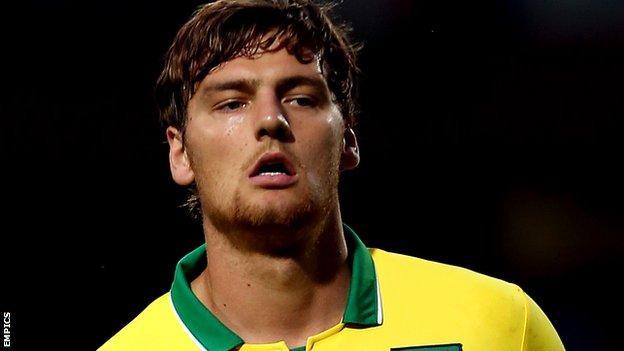 Swindon Town have extended the loan of striker Chris Martin from Norwich City for a further 28 days.

The 24-year-old initially arrived on loan at the County Ground in November.

Martin, who has also enjoyed previous loan spells at Luton and Crystal Palace, has failed to score in eight appearances for the Robins.

The striker has not scored a competitive goal since last April, when he scored for the Eagles in a 1-1 draw with Ipswich.

"The new agreement means he is here for another five games but we will be working within that month to try and keep him here for longer," manager Paolo di Canio told the club website.

"He has done well for us so far. We know he can score goals because he scored seven goals in the Championship last season and he has made chances here.

"I believe as soon as he scores his first then more will follow - it is like a little psychological barrier but we will work with him."

Di Canio is also hoping to agree a loan extension with Charlton for midfielder Danny Hollands.

"He has scored a couple of goals and made a big impact, so we want to see what we can do - and perhaps arrange a deal for longer than a month," the Italian commented.