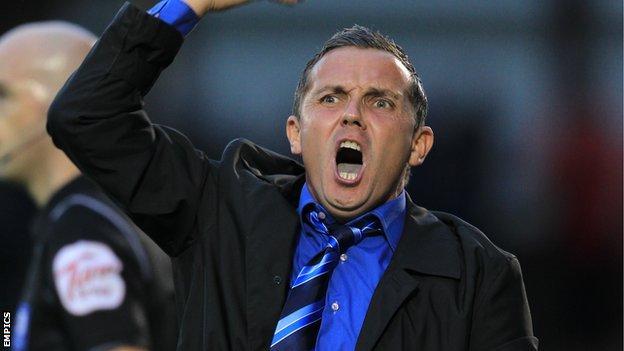 Luton boss Paul Buckle says his side are looking forward to a "brilliant" day out when they face Premier League Norwich in the FA Cup fourth round.

The non-league Hatters secured on Saturday and will

"People talk about Man United, Arsenal, Man City or Chelsea, but it's a Premier League club and it's brilliant for us."

Buckle's side usually start as favourites when Blue Square Bet Premier teams come to Kenilworth Road, but were able to enjoy the experience of being underdogs against Wolves - and will be in a similar no-pressure situation at Carrow Road.

The Hatters and Canaries

"We've had the experience at home against Wolves," said Buckle.

"Now it will be nice for our fans to go to a Premier League ground, and for our players and our club it will be a great reward for our victory against Wolves.

"When the fans get behind us like on Saturday, because we had nothing to lose against a Championship side, it can work wonders.

"Kenilworth Road was a scary place on Saturday, certainly for Wolves, and we got what we deserved."

It is the first time Luton have reached the fourth round for six years, but a cup run and a place in the last 16 of the FA Trophy could hinder the club's bid to win promotion and end a four-season absence from the Football League.

"There's not a lot we can do about it," said Buckle. "Unless we go out to play weakened teams and lose games.

"I'm trying to create a thirst at the club and at the moment being in all the cups as well as the league is a good place to be - but it comes with the down side of falling behind in the league."