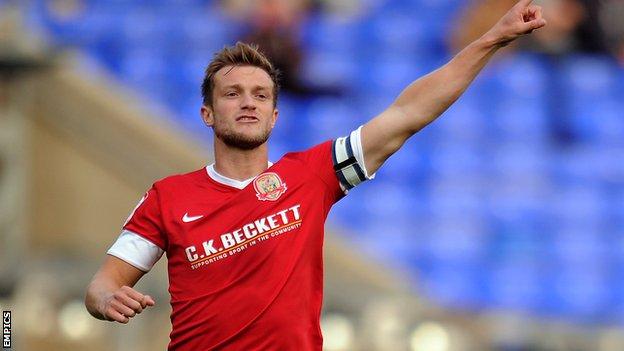 Barnsley have accepted a bid from Blackpool for defender Scott Wiseman.

The 27-year-old has played 68 times for the Tykes since joining the Championship club in July 2011.

The former Rochdale man will become Michael Appleton's first permanent signing as manager of Blackpool if he agrees a deal at Bloomfield Road.

Barnsley could also lose Craig Davies in the near future, with the 26-year-old striker reportedly close to a move to Bolton Wanderers.