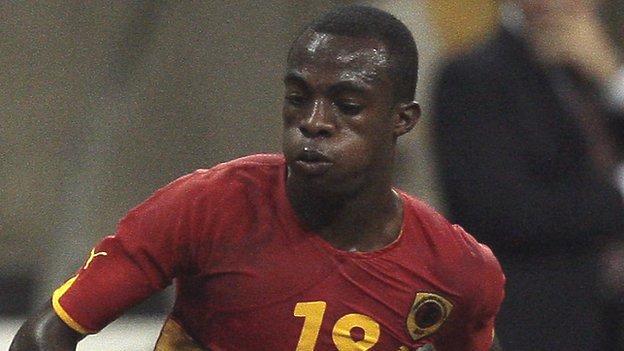 Zambia slipped to a 2-0 loss to Angola on Saturday, as both teams prepare for the African Cup of Nations that kicks off on 19 January in South Africa.

It was a third straight defeat for the African champions after losing last month to Saudi Arabia and Tanzania.

The win means the Palancas Negras are unbeaten in four games ahead of the Nations Cup, they drew with The Gambia before beating Cameroon, and Rwanda.

Despite the loss Football Association of Zambia president Kalusha Bwalya felt it had been a worthwhile match.

"Both teams played well and it was highly competitive - despite it being a training game," he said.

"The sides matched each other and the early goal unsettled us."

Zambia begin the defence of their title on 21 January against Ethiopia and then play Nigeria and Burkina Faso in Group C.

Before the Nations Cup Zambia have two more friendly games against Morocco on Tuesday and Namibia a week later.

Angola plays Morocco in the second game of the Nations Cup on 19 January before Group A matches against hosts South Africa and Cape Verde.

Meanwhile in Niamey there was a 3-1 win for Niger over visitors Togo, as both teams prepare for the Nations Cup.

Issoufou Boubacar opened the scoring for the hosts after 17 minutes before Mohamed Chikoto scored an own goal to level things for Togo.

Chikoto made amends in the second half as he scored at the right end, before another own goal from Togo's Vincent Bossou in the final minute, completed the win for Niger.