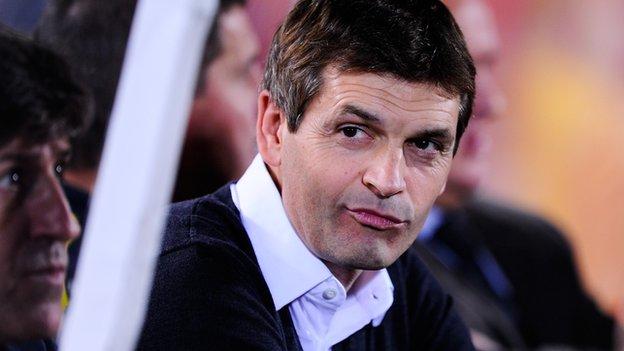 He needed the surgery to follow up an operation to remove a tumour from his saliva glands in November 2011.

"Tito will be in the dugout," confirmed assistant coach Jordi Roura.

"He still has to receive treatment, but he is very well, in high spirits and very strong, and this is the most important thing."

Vilanova, 44, was back at the club on Wednesday to take training but he was originally not expected to return until mid-January.

He began his six-week course of chemotherapy and radiotherapy after his release from hospital on 22 December. According to Barcelona club president Sandro Rosell he will alternate work with his treatment.