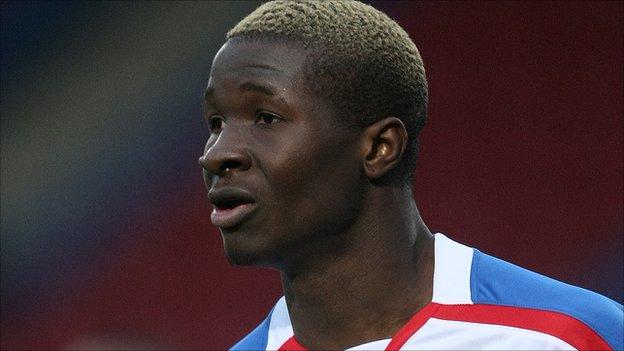 Forest Green Rovers central defender Eddie Oshodi has signed a contract extension that will keep him at the club until the end of 2014/15 season.

The 20-year-old's existing deal was due to run out in the summer.

The former Watford youth team player has also become a regular in the England 'C' Under-23 team.

"We are absolutely delighted, we've actually been talking to Eddie for the past 12 months about an extension," said Rovers manager David Hockaday.