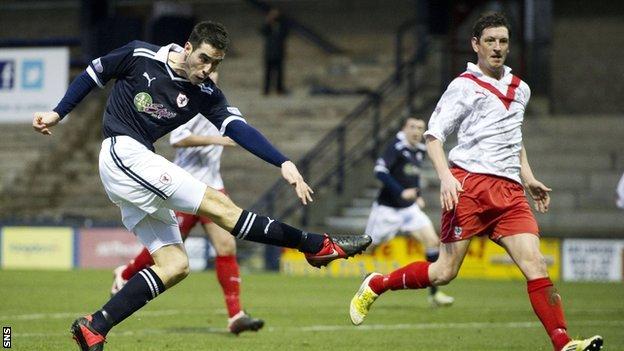 Pat Clarke set up a goal and scored another as Raith Rovers beat Airdrie United.

And Clarke found the bottom corner of Grant Adam's goal from the edge of the penalty area to double the hosts' advantage in the 61st minute.