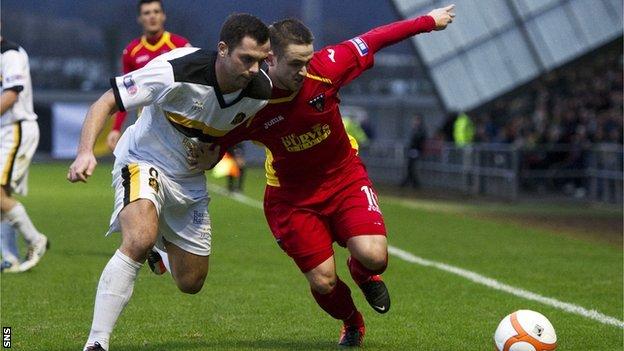 The breakthrough came within the first minute as Barrowman tucked away Alex Whittle's cross.

Jordan McMillan cleared off the line as Steven McDougall threatened an equaliser for the hosts.

Dumbarton's Jamie Ewings made saves to deny Shaun Byrne and Ryan Wallace in the second half with opposing keeper Paul Gallacher tested by James Lister.

And, with Morton and Partick Thistle dropping points, Jim Jefferies' side lead the division on goal difference.