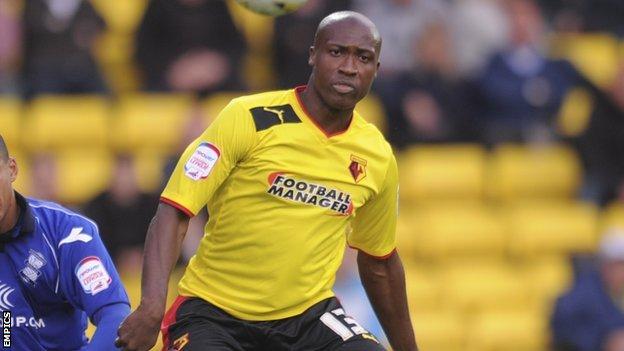 Stevenage have signed striker Steve Leo Beleck on loan from Watford, where he is already on loan from Udinese, until the end of the season.

International loans are recognised as regular transfers, meaning the player can be re-loaned as long as the deal stretches between two transfer windows.

Beleck, 19, joined Watford from Udinese on a season-long deal in July.

He has since made six appearances - one League Cup start and five Championship substitute appearances.

The Cameroonian, who is available for Boro's trip to Crewe on Saturday, is - owned by the Pozzo family, who bought Watford in the summer.

He has yet to play for the Serie A side but scored five times in 27 league games during a loan spell at AEK Athens last season.