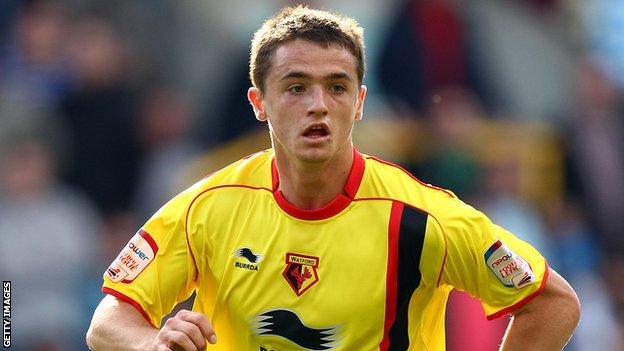 The deal was done in time for the 24-year-old Glaswegian to be considered for Saturday's trip to Scunthorpe.

Town manager Graham Turner told BBC Radio Shropshire: "He is a good midfielder with a good eye for a pass and chips in with important goals."

The Scotland Under-21 international has been signed with a view to extending the deal until the end of the season.

McGinn started his career with Scottish Premier League side St Mirren, making 84 appearances before being signed by Malky Mackay for Watford in January 2010.

"Stephen moved to Watford after coming through the ranks at St Mirren and doing really well for them in the SPL in some big games," added Turner.

"He picked up an injury at Watford which kept him out action for a while.

"But he's raring to go now and we've taken him and he's joined us on an initial month's loan."