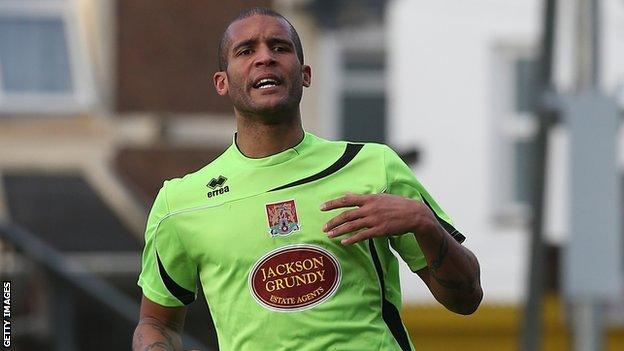 The 33-year-old has been on loan at Sixfields since November, playing five times, and York boss Gary Mills had agreed to release him when the transfer window opened in January.

Carlisle had a bad start with the red card against Oxford but looks to be getting back to his best.

His qualities as a leader and motivator were significant in keeping the Cobblers up last season and if he can maintain top form, it'll be a major signing as they chase the play-offs.

Carlisle ended his first spell at Northampton to join York in May and played 14 times for the Minstermen.

"I am delighted to have Clarke on board," said boss Aidy Boothroyd.

"He was a key part of us staying up last year and he is a leader, he has plenty of experience and he is a superb addition to the squad.

"He is the sort of player and the sort of person who inspires and improves others around him and I am delighted he will spending the next 18 months with us."