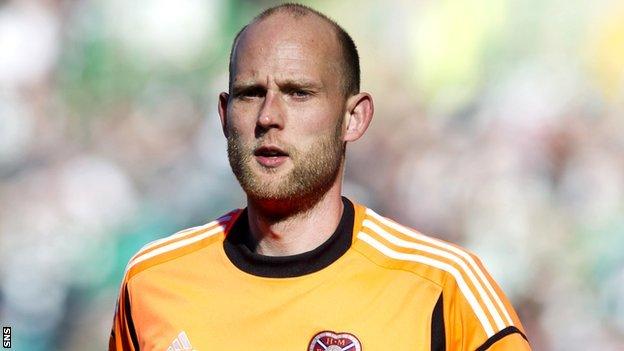 Goalkeeper Peter Enckelman has left Hearts after the expiry of his contract with the club.

The former Aston Villa and St Johnstone keeper signed for the Tynecastle side in August on a six-month deal.

Enckelman had been signed to provide competition after Mark Ridgers suffered a long-term injury.

However, the 12-times capped Finland international only made one appearance for Hearts, coming on as a substitute against Celtic in October 2012.