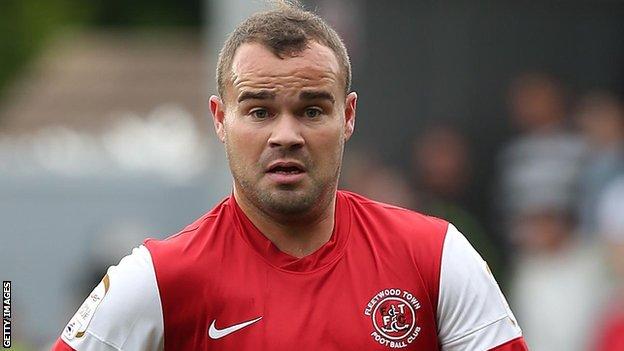 The Welshman, who has signed a six-month contract, will be available for Saturday's game with Colchester United, subject to Football League clearance.

The 29-year-old links up with Rovers boss Dean Saunders for a second time, having played under him at Wrexham.

Meanwhile defender Andy Griffin has extended his deal at the Keepmoat Stadium until the end of the season.

The 33-year-old former Reading man was on non-contract terms with the South Yorkshire side.

Saunders said: "Andy is a good, experienced player who can player left or right back. He talks to the other players and gives them his opinion on how the game is going.

"He found himself without a club and he's signed for us for not a lot of money."