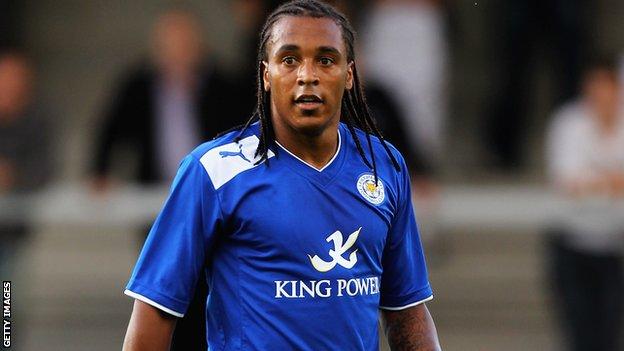 Bristol City manager Derek McInnes is hopeful they can reach agreement with Leicester City to bring midfielder Neil Danns back to the club.

The 30-year-old arrived on loan in November and scored twice in nine league appearances.

"Certainly Neil Danns is a player we'd like to continue working with.

"Leicester were good enough to extend it and I think they and Neil have to restock and see where he is at," McInnes told BBC Radio Bristol.

The former Crystal Palace, Birmingham, Colchester, Hartlepool and Blackburn midfielder has been with the Foxes since 2011, but was not part of Nigel Pearson's first-team plans when he was allowed to join the Robins.

He featured in three of the club's six league wins this season before returning to Leicester earlier this week and McInnes says they will be keeping in touch with his situation.

"If there is a chance of Neil Danns becoming available again on loan, or if there is a permanent deal to be done, then we'll certainly be at the front of queue trying to bring him back," he added.