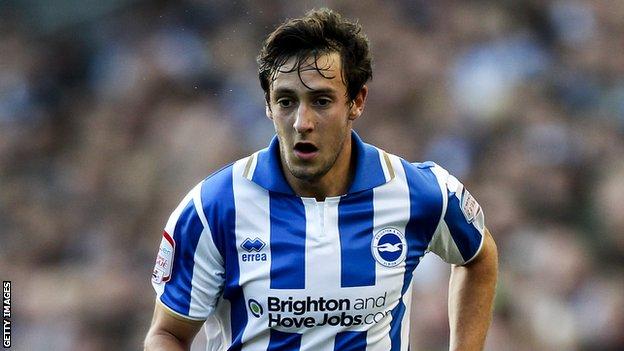 Brighton & Hove Albion winger Will Buckley has signed a new contract, keeping him at the Amex Stadium until the summer of 2017.

Since joining from Watford for a fee of £1 million in June 2011, the 23-year-old has scored 13 goals in 55 appearances for the Seagulls.

Manager Gus Poyet told the club website: "He has earned this new deal with his performances on the pitch.

"It is great that he has committed his long-term future to the club."

The former Rochdale player said that the decision to stay with the Championship club was a simple one.

"The club and Gus decided to offer me a new contract a few weeks ago and we got it sorted pretty quickly," Buckley said.

"I have probably been playing the best football of my career this season and now I want to kick on with the next four-and-a-half years at this club.

"As a player I've improved in many different areas which is thanks to Gus and the coaching staff.

"This new contract also shows the desire of the club as they want to nail down the players they hold in high regard.

"The club is looking forward and we all want to get into the Premier League together."