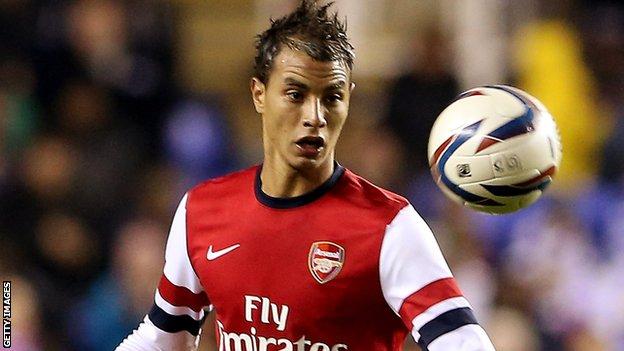 Arsenal striker Marouane Chamakh has joined West Ham on loan until the end of the season.

The Moroccan forward, 28, has struggled to establish himself at the Emirates since moving on a free transfer from Bordeaux in 2010.

But West Ham have given Chamakh a chance to resurrect his career.

His arrival follows that of Joe Cole, who completed his move to Upton Park from Liverpool on an 18-month deal earlier on Friday.

Chamakh was prolific in France, scoring 79 goals in 293 appearances for Bordeaux, but has scored just eight Premier League goals for Arsenal since joining the club - and he has yet to appear in this campaign.

Three of his four appearances this season have been in the Capital One Cup, although he did find the net twice when the Gunners won 7-5 at Reading in October.