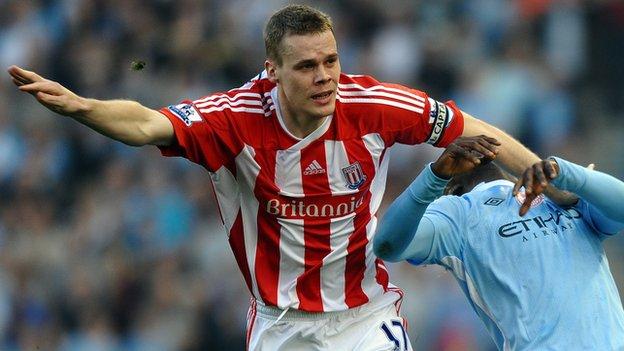 The centre-back had 18 months remaining on his old contract and his future had been the subject of much speculation.

Manager Tony Pulis was full of praise for the 25-year-old defender, who recently made his England debut.

"He's been the bedrock of what we've been trying to do over the past five or six years," said Pulis. "We're really pleased that he's finally agreed [to extend his time at Britannia Stadium.]"

Shawcross initially joined Stoke on loan from Manchester United in 2007 and helped the Potters win promotion to the Premier League.

He joined the club on a permanent basis for £1m during their promotion season.

In total, he has made 227 appearances for Pulis's side and scored 18 goals.

Shawcross made his England debut as a substitute in the 4-2 defeat by Sweden on 15 November.