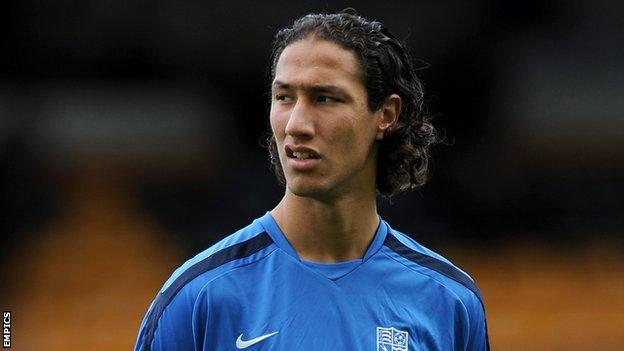 The 25-year-old made five substitute appearances during his three months at Town and was expected to rejoin his Southend team-mates this week.

"Being a registered footballer he has the opportunity to have the training facilities here which he has turned down," Sturrock told BBC Essex.

Mohsni's 30-month Southend career has been a combination of thrilling on-pitch performances alongside numerous displays of ill discipline.

The Tunisia-born Frenchman's all-action approach has seen him used across numerous positions on the field and he became renowned for pitching in with important goals, having scored 18 in 54 league games.

And he was warned on multiple occasions by Sturrock about his poor disciplinary record, having collected 16 bookings and three red cards in two seasons.

Mohsni was signed by then Ipswich boss Paul Jewell on loan in September with a view to a permanent move.

But Mohsni has played just twice under new manager Mick McCarthy, who has decided not to retain the centre-half.