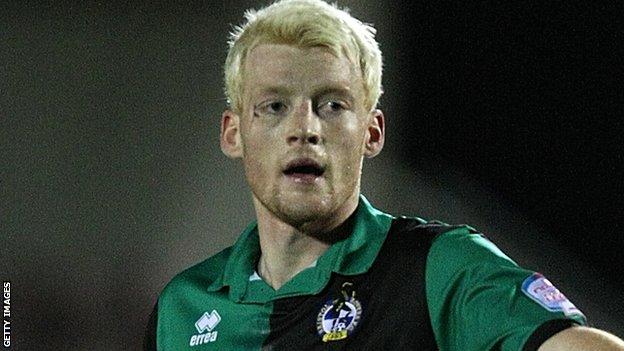 Bristol Rovers have had a bid for Leicester City defender Cian Bolger rejected by the Championship club.

The 20-year-old moved to the Memorial Stadium for a third time on loan in September, and is yet to make a first-team appearance for the Foxes.

"We've bid for Cian to bring him in but Leicester have turned it down," boss John Ward told BBC Radio Bristol.

However, the Pirates have completed the signing of 28-year-old centre-back Mark McChrystal until the end of the season.

The former Wolves trainee had his contract recently terminated by League One leaders Tranmere, and had been on loan at Scunthorpe.

Speaking about the possibility of making another offer for Bolger, Ward added: "I'm not sure if we can go and improve on that bid at the moment, as the cash flow is not as nice as we'd like it."

The Republic of Ireland Under-19 international has been restricted to just four appearances this season because of injuries but has recently recovered and featured in Ward's first win as manager over Plymouth.