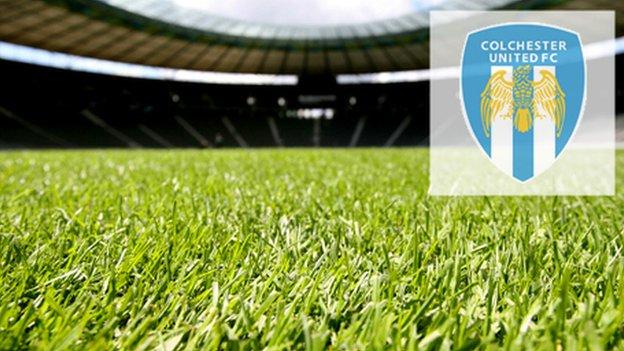 Colchester United have signed England Under-19 striker Dominic Samuel from Reading on an initial one-month loan.

The 18-year-old recently made his Premier League debut as a substitute in Reading's game against Sunderland.

"Hopefully I get as many games as I can," he told BBC Essex.

"I was surprised to hear of the move but excited at the same time because I want to play first-team football and see what it's like in a different team, out of my comfort zone."

And both players could feature in manager Joe Dunne's squad for the League One game at third-placed Doncaster Rovers on Saturday.

Defender Josh Thompson will also be eligible for the trip to the Keepmoat Stadium despite a delay in registering his signing.