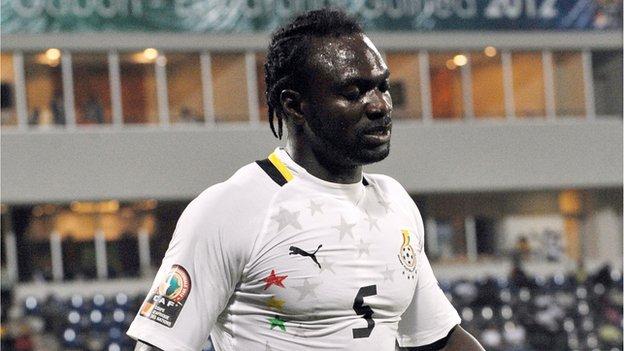 Ghanaian centre-back John Mensah has rejoined Stade Rennes for six months, the French Ligue 1 side have revealed on their website.

The former Sunderland player was a free agent after he broke his contract with Olympique Lyon last year.

Mensah has 82 Ghana caps but did not make the squad for this month's Africa Cup of Nations in South Africa.

Instead he is likely to fill in for his new club-mate John Boye, who has been selected for the tournament and could miss up to five weeks for Rennes.