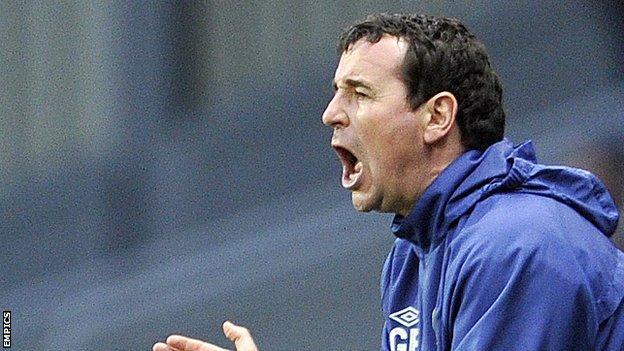 Reserve-team coach Gary Bowyer will remain in caretaker charge of Blackburn until the end of January, while Rovers search for Henning Berg's successor.

under Bowyer and youth boss Terry McPhillips since

Meanwhile, global advisor Shebby Singh has revealed to BBC Radio Lancashire that the club want their next manager to accept a short-term contract.

The deal will then be extended if the new boss meets their specified targets.

Singh said: "If somebody has got the ambition, the knowledge and the experience, there will be people who will take the job.

"We are looking to offer a short-term contract with specific targets, and upon achieving those targets it will trigger off a longer-term contract.

Norwegian Berg, a former Rovers defender, signed a three-year deal at Ewood Park on his arrival at the end of October, but was dismissed after just 57 days in the role.

When asked if initially offering a short-term contract to any interested candidates represented a change in the Championship club's policy, Singh replied: "The best-laid plans can go wrong.

"You look for long-term stability, but right now, everybody has got to be on a footing where we all want to pull together to achieve certain targets.

"There's no time to indulge in someone who thinks he can come in, have three or four years on his contract, and take his time about what we've set out to achieve."

Since Berg's departure, Bowyer and McPhillips have led Blackburn to Championship victories against Barnsley and Nottingham Forest.