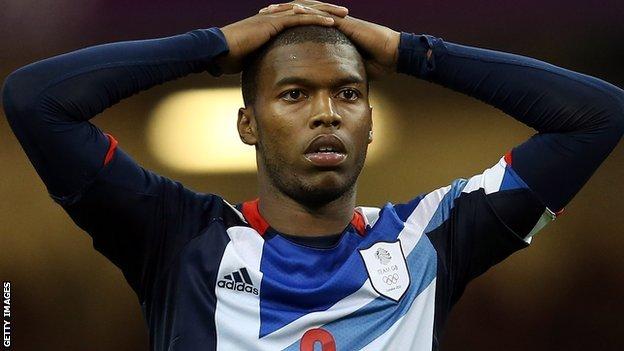 The man who brought Daniel Sturridge through the ranks at Manchester City hopes to finally see the striker fulfil his potential at new club Liverpool.

And he has been frustrated at Sturridge's lack of first-team appearances at both City and Chelsea.

"Hopefully Liverpool will get the best from Daniel as he has the potential to be a top-class international striker," Cassell told BBC Sport.

Cassell was City's academy director for 12 years, from 1997 to 2009, until he was given a new job heading up the club's international academies.

During his time in the role, Cassell brought through Micah Richards, Stephen Ireland, Michael Johnson and Joey Barton, and won the 2008 Youth Cup.

And he quickly identified Sturridge, who moved to Manchester City from Coventry City as a 13-year-old in 2003, as a huge talent who could go on to achieve success at the highest level.

"Daniel was exceptional, even as a 13-year-old," Cassell said, after Sturridge completed his move to Liverpool from Chelsea for an undisclosed fee on Wednesday.

"He had great pace, fantastic feet and magnificent vision. I couldn't speak too highly of him when he was with us.

"He trained hard, was respectful and always immaculately turned out - I thought he was great. We knew he could go on and achieve great things."

Sturridge played in the 2006 Youth Cup final against Liverpool, which City lost 3-2 on aggregate despite the striker scoring twice in the home leg.

He was promoted to the first team squad in the 2006-7 season, but went on to make only 21 appearances for City, scoring five goals.

In July 2009 he moved to Chelsea and, although he got more first-team opportunities and won four caps for England, he was often played out wide and again failed to make a first-team place up front his own.

Cassell admits it has sometimes been hard to watch such a talent sitting on the sidelines.

"It's frustrating," he said. "In English football, we sometimes don't get the most out of our young players. The problem is enabling them to really establish themselves. They need that to really make it at international level.

"The English game needs to be patient with these young talents."