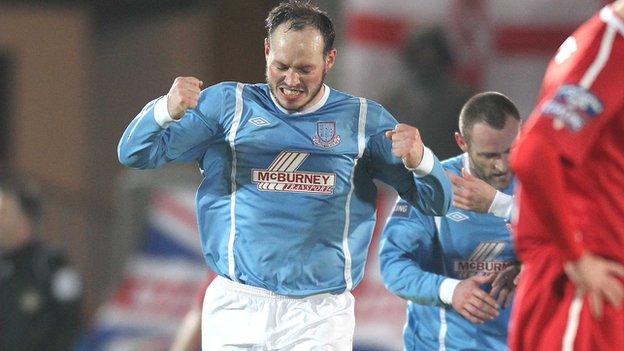 Striker James Costello has left Ballymena United to sign for Dungannon Swifts on an 18-month contract.

Costello joined the Sky Blues from Glenavon in June 2011 and scored eight goals in 33 appearances in his first season at the Showgrounds.

He hit a rich vein of goalscoring form at the end of last season, which earned him the Football Writers' Player of the Month award for April.

Costello was part of the team which won the County Antrim Shield in November.

His appearances have been hampered by injury for much of this season.

Ballymena manager Glenn Ferguson has added ex-Donegal Celtic and Carrick Rangers forward Shane Dolan to his squad and is keen to further strengthen his squad in the January transfer window.

Swifts boss Darren Murphy has expressed a similar desire as he seeks to improve his side's current position of 10th in the Irish Premiership table.