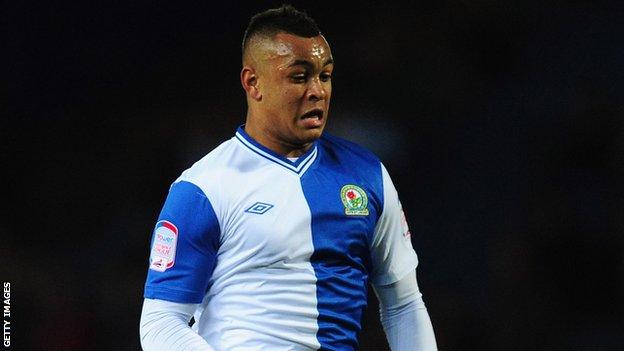 Blackburn Rovers have signed Norway forward Josh King on a permanent deal from Manchester United after a successful loan spell at Ewood Park.

They have paid an undisclosed fee for the 20-year-old, who has signed a contract until 2015.

and has scored twice in eight appearances for the Championship club.

Henning Berg, who was on 27 December, had said he wanted King to prolong his stay at Ewood Park.

There is also the option to extend the deal by a further year.

"I've enjoyed my time here," King, who can play up front or on the wing, told the club website. "We've a great group of lads and I think I've settled in well.

"I'm happy to be here and I'm really looking forward to the next two-and-a-half years that I've signed for.

"I feel comfortable here and I'm happy to make the deal permanent."

King, who has four caps for Norway, spent three-and-a-half seasons at Old Trafford but made just two substitute appearances for United.