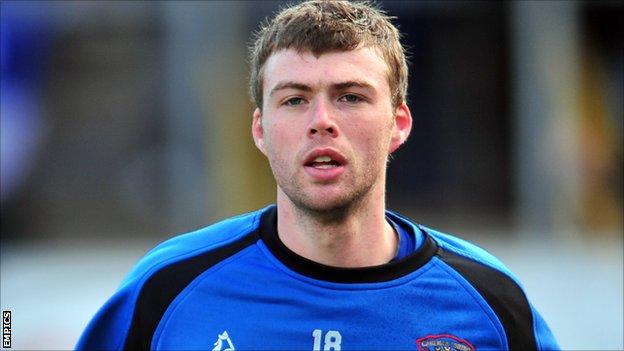 Loy, 24, has been out since at Preston in December 2011, but returned as a second-half substitute at Gresty Road.

"I thought Rory did really well. He looks quite sharp and a real positive," Abbott told BBC Radio Cumbria.

"With a bit more care and pitch time, he might have got that equaliser."

The former Rangers striker joined Carlisle in January 2011 after spells on loan at St Mirren and Dunfermline.

Under Abbott he has made 45 appearances for the League One club, scoring five goals.

Meanwhile United have confirmed defender Alessio Bugno will remain in Italy in his search to find a new club.

The 22-year-old joined Abbott's side in August but has made just four appearances for the Cumbrians.

"We have spoken to his agent for an update this morning and we've been told that Alessio has had a number of trials with clubs in Italy since he flew back over there," managing director John Nixon told the club website.

"They are on a winter break now, but his trials will resume as soon as they get back.

"From what we are hearing we expect him to find a club, once their break is over, and then we can take things from there."