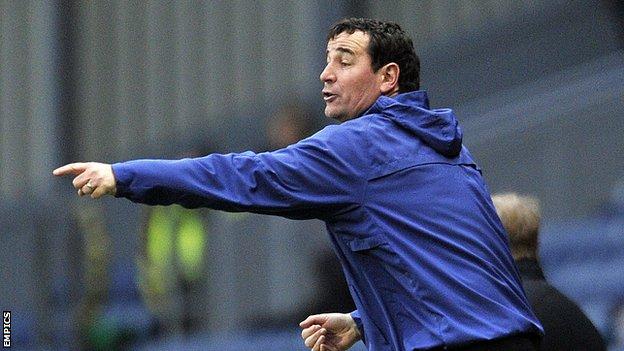 Gary Bowyer says he is proud with the way Blackburn have responded to the sacking of manager Henning Berg.

Reserve team coach Bowyer was placed in charge of the first team after and has led Rovers to two consecutive wins.

"We've just concentrated on the football because that's what we can control," he told BBC Radio Lancashire.

"We've been fortunate because the games have come thick and fast, so we haven't had time to think about anything else."

Berg was sacked after only 10 matches and 57 days as manager at Ewood Park. In that time, the club registered just one league win.

But Blackburn have been revitalised under Bowyer - they followed a on Saturday with a on New Year's Day.

The last time they won two league games in a row was in October under another temporary boss, Eric Black.

In the victory against Forest they were indebted to goalkeeper Jake Kean, who made a stunning save to deny Billy Sharp a second-half equaliser with the score at 1-0.

"It was a key moment and a brilliant save," added Bowyer. "When it lands to Billy Sharp, you think 'goal'. He made good contact with it but Jake made an outstanding save.

"It just shows you the desire that the players have given to keep a clean sheet."

Bowyer is expected to remain in charge of Blackburn for their FA Cup tie against Bristol City on Saturday.