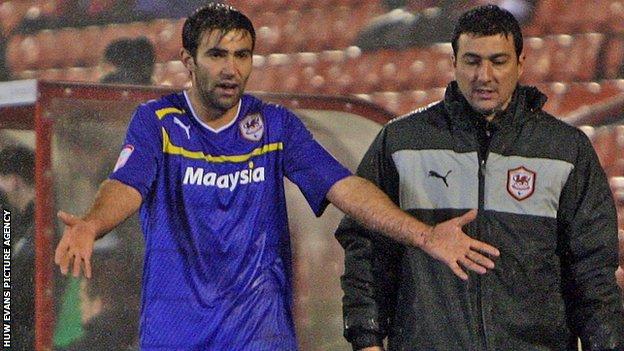 But 29-year-old Scot Lappin is back at Norwich following the emergency loan.

Mackay said: "It's something that we'll look at in terms of our recruitment overall... over the next couple of weeks in terms of defensive cover."

Lappin was sent off on his Cardiff debut against Barnsley in November.

Mackay says the player was unfortunate to be banished on that occasion and that he was "exceptional" as Taylor's deputy against Birmingham, as Cardiff recorded their first win at St Andrews since 1966.

However, Taylor will remain a first-choice defender for the Bluebirds.

Mackay says Whittingham will not face Macclesfield in the FA Cup on Saturday, 5 January, but expects him to be fit to face Ipswich in the Championship a week later as Cardiff look to stretch their seven-point lead at the top of the table.