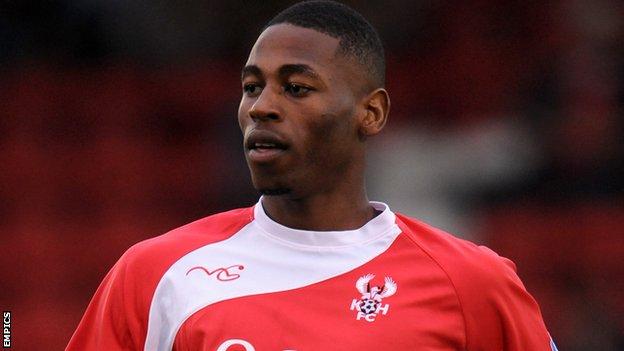 Kidderminster Harriers have ended speculation over the immediate future of Jamille Matt by persuading the 23-year-old striker to sign a new deal.

Matt has signed an improved contract that ties him to Aggborough until the end of the 2013-14 season.

"It gives Jamille a boost and a little more security as well as taking care of the club a bit too."

Serrell added: "Interest in him is only growing and we don't expect that to slow down at all.

"I wouldn't be foolish enough to give cast-iron guarantees that Jamille will still be a Harriers player by this time or that time and I don't think fans expect that.

"What they do expect is for this club to look after their players and for players to give their all to the club and that's what both parties have continued to do with this improved contract."

Matt only returned to action in November, having not played since February because of issues over his work permit.

But he has netted seven times in his last six outings, earning him the award of Blue Square Bet Premier player of the month for December.