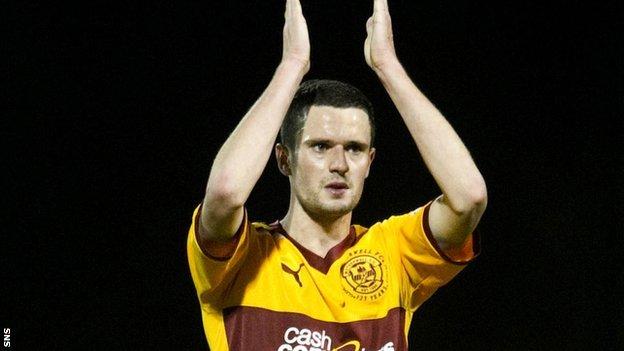 Murphy has held talks with the League One club about a January transfer.

And Jamaica international Humphrey believes the 23-year-old's impressive form has earned him the move.

"He has been terrific for the four years that I have been here. I think it's a long time overdue. He has done terrifically well and I wish him all the best," said Humphrey.

And the former Shrewsbury Town winger thinks that Murphy, should his Motherwell career end in Wednesday's match away at Celtic as expected, will depart the Fir Park club on a high.

"Obviously we will see him for the game on Wednesday, but he deserves everything he gets because he has been fantastic."

And, despite already scoring an impressive nine goals in his last 13 games from midfield, Humphrey believes Murphy can improve further.

"I think he can be unbelievable," he said.

"He has always had the right head on him to do well and I think he can go on to big things."