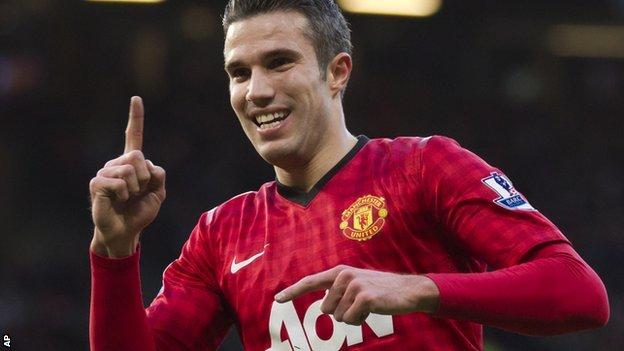 Mancini says he was "very close" to signing Van Persie, who has scored 14 goals in 20 games following a £24m move to Manchester United from Arsenal.

"Robin van Persie is a very important player for United," said Mancini, whose side trail United by seven points.

"He has changed their situation. He is the difference between us."

Van Persie, who scored 37 goals for Arsenal last season, was linked with City before deciding to sign for rivals United.

"We wanted Van Persie because we knew he could be an important player," added Mancini.

"He is totally different from our other strikers. We wanted him for the Champions League and for the Premier League.

Mancini said he knew why City failed in their bid to sign the Dutchman but would not elaborate. When asked if it related to money, the Italian said: "It is not the problem."

Mancini added he retained faith in his striker options of Sergio Aguero, Carlos Tevez, Edin Dzeko and Mario Balotelli despite the quartet struggling to find the back of the net recently.

"I am happy, very happy," he said. "Last year we were the team that scored the most goals in the Premier League.

"But when you can improve your team with another top player, this is important. With Van Persie we would play with three strikers sometimes."