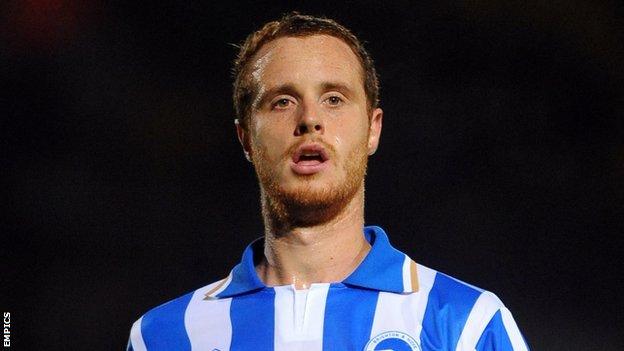 MK Dons have arranged a deal to sign Brighton midfielder Ryan Harley on loan until the end of the season.

The move will be completed when the transfer window opens on Tuesday, meaning he can feature in the League One trip to Notts County.

The 27-year-old's spell will also include play-off matches should the Dons finish in the top six.

He has made just two Championship appearances this term but has played 151 Football League games.

The Dons are light in central midfield with both Stephen Gleeson and Luke Chadwick expected to be sidelined for at least two months, and boss Karl Robinson was forced to hand a first league start to 16-year-old Dele Ali in Saturday's

"Ryan was one of the best players in this league not long ago," Robinson told BBC Three Counties Radio after that game. "He's an exceptional talent."